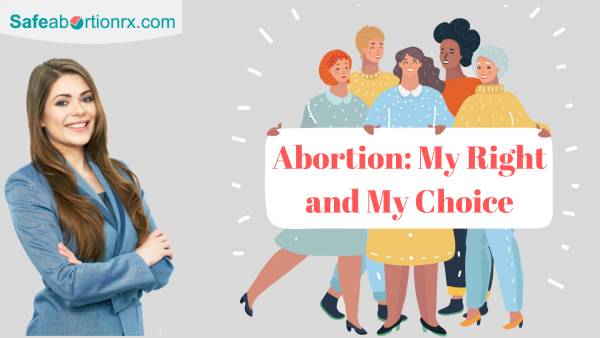 There’s a debate between pro-life and pro-choice people which never ends. Though pregnancy is a completely personal matter, society forms its opinion which becomes debatable among themselves. When a woman gets pregnant, it’s her part of the body and hence she has complete right to decide how to deal with her pregnancy. For many women, an unwanted pregnancy can be a depressing situation and hence it is natural to opt for a solution which helps them come off the depressive phase.Society’s perception:

Society today discourages abortion practices. It fails to understand the point of view of the woman who is going through an unwanted pregnancy situation.

Why do women abort their pregnancy:

Why do women choose medical abortion:

When a woman says no to a pregnancy, it does not mean that she does not want to be a mother ever in her life. It is natural for a woman to have desires of starting a family. However, she should be ready for every phase of her life. Giving birth to a child comes with a lot of responsibilities which have to be fulfilled properly. If you are not ready, you continuing the pregnancy should not do injustice to the newborn. Keeping this in mind, women prefer the option of ending an unwanted pregnancy.

The abortion pills hold certain components which make hormonal changes in the body and eject fetal tissues from the uterus. Abortion can be a private thing for a woman. Though the procedure is painful, it is simple and allows women to have their privacy while undergoing the process. This gives women another reason to perform a medical abortion at home. All women look for during an unwanted pregnancy situation is someone who would understand her situation instead of ranting at her with pointless, disrespectful words. Society can also help women know their contraception options to avoid an unwanted pregnancy situation.